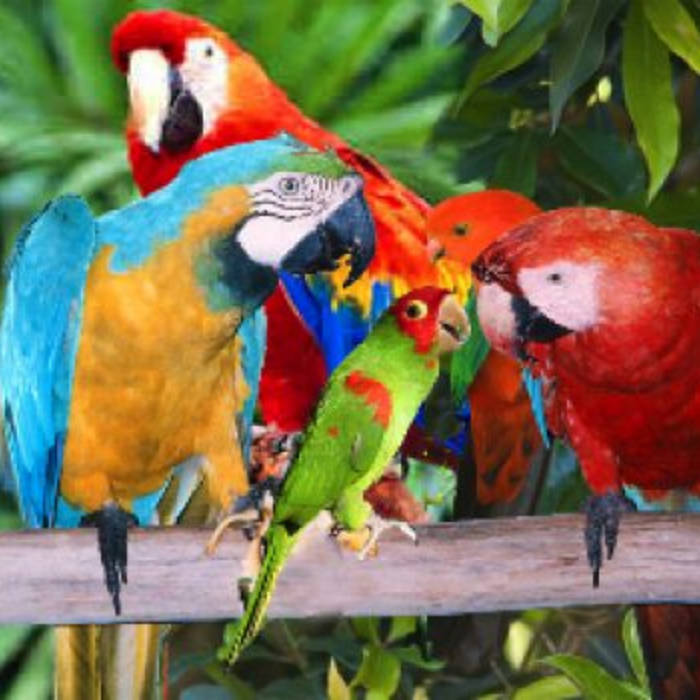 Parrot Talk is a work about repetition and entropy, told with recordings from Parrot Jungle, Miami, Florida, a Sousa march, carnival music, feedback, static and other anathema of the broadcast world. In Thorington’s childhood, children sang the Sousa march with the following words: “Be kind to your web-footed friends, for a duck may be somebody’s mother, be kind to the denizens of the swamp, where the weather is cold and damp…” Parrot Talk was the Winner of First Prize in Macrophon '91, the First International Festival of Radio Art, Wroclaw, Poland.


Helen Thorington is a writer and sound composer, whose radio and sound/music compositions have been aired nationally and internationally for the past twenty-five years. Thorington has created compositions for film and installation that have been premiered at the Berlin Film Festival, the Whitney Biennial. She has produced three narrative works for the web and played a principal artistic role in the cutting-edge performance work, Adrift, Thorington has also composed for the Bill T. Jones and Arnie Zane Dance Company. She is the founder and co-director of New Radio and Performing Arts, Inc., the national weekly radio series, New American Radio (1987-1998) the Turbulence and Somewhere websites, two internationally acclaimed blogs: Networked_Performance and Networked_Music_Review. and networked, a [networked book] about [networked art].